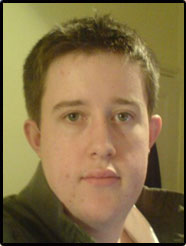 Tom has been writing about eSports in some shape or form for over 2 years now, and has been the CoD4 Editor at Cadred for a little over 4 months.

Having previously been the Editor-in-Chief of ClanBase, he has a lot of experience with online and offline journalism. Now he is focusing his attention on the CoD scene.

He is renowned for his full and detailed interviews, as well as the time and effort he puts into all of his articles.

"This month sees dignitas falling from that top spot. Personally I don't think Mick will be as strong as Blackmane was, and their recent performance online and at Lan79 was enough to lower their down. Reason on the other hand have looked strong, especially at Lan79.

fnatic have been performing really well online, and hopefully we will see them continue to do so at the summer events and hopefully move up the rankings. I placed 4 and a half men higher than they have ended up, as I still think they have a great amount of potential and are defintiely getting the results online. They just need to make sure they attend the upcoming events.

Finally we have seen two new teams in the form of the two French teams. They both really impressed me at Lan79 and so we hope to see them continue this form and hopefully see them at some other upcoming events. Overall a good top 10. " 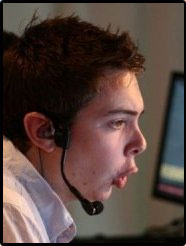 Stuart has been a Director of QuadV, the online video broadcasting company, since it formed in early 2007, and recently became the Director of eSports for Heaven Media.

As the man behind Crossfire.nu, and the Crossfire Challenge events, Stuart has had more than his fair shair of involvement in the Call of Duty community, and has, in his own words, "shoutcasted more CoD LAN's than Jesus gets mentions in the bible".

"This month is quite hard to justify rankings due to a number of roster changes, I've kept Dignitas at the top because of their consistency though LAN79 was not exactly good for them. Reason took second as a result though their defeat to 4 1/2 men is proof that they've still some work to go. Theres a lot of potential right now, teams need to buckle down and realise that quickly." 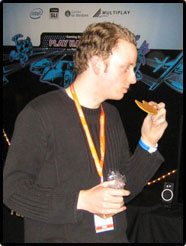 Jetset, a 22 year old Dutch student currently in his final year of his bachelor studies, has been part of one of the biggest CoD portals since early 2005.

As the current director of content for Tek-9, he has put hours of time and effort into the CoD scene, giving it the attention it needed.

As one of the most highly respected journalists in the CoD scene, he certainly knows who the top teams are.

"Another tough call this month and for the first time in months Dignitas are not at the top of my list but in second place, mainly due to their recent line-up change and dissapointing LAN79 performance. Reason Gaming top my May ranking after their first place finish at LAN79, while Team CoolerMaster and eSuba move up and place third and fourth respectively.

No major changes in my ranking from 5 to 10, except that H2k is listed 6th, which is mainly due to their solid finish at LAN79." 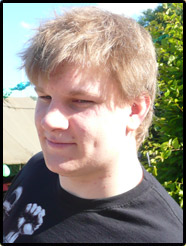 Bob has been writing about the Call of Duty scene for about 4 years now and even enjoyed a brief stint at the top of Call of Duty 2 with his German team.

After Call of Duty 4’s release he started to focus more and more on the journalist side of things and was in charge of running the LowLandLions website until a few months ago, after which he made the move over to Cadred.org as the current Head of Call of Duty and knows most of the top players personally.

" Reason’s recent performance at LAN79 showed they have managed to grow up a fair bit in a very short stint, as their main problem at i36 was their inability to deal with pressured situations and inconsistent communications. They have now worked out those kinks and find themselves on top of my list, they will need to make sure, however, that Daniel “zenith” Johansen finds his mojo again or at least come up with a worthy replacement until he is ready to rejoin his comrades later this Summer.

Consistency is key for the guys from Team-CoolerMaster and this is shown through their consecutive third place finishes at the last two major events in Call of Duty 4, which will hopefully serve as their stepping stone to a first LAN victory during the Summer events. Team-Dignitas have fallen of their pedestal after a very long and intensive stay at the top of the game and with the addition of Britain’s long lost prodigy son, Michael “MickR” Bradshaw, they are looking to find their way back as soon as possible, but in my eyes they will need at least a while to work out a new pattern to fit their bundle of talent as best as possible.

What follows is a huge pack of teams who are all capable of stepping it up when it is their time and lady luck lends a helping hand and the remaining parts of a TOP10 can easily be mixed up in a blender depending on what day it is and who feels lucky and motivated enough to make a difference in this cozy and tight knit home we call Call of Duty 4." 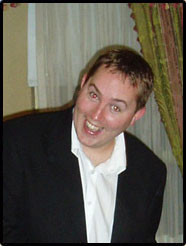 Deman is one of the leading Call of Duty 4 broadcasters with QuadV covering the majority of LAN events since it's release. Nevertheless he is still totally clueless when it comes to predicting a winner as has been proven countless times!

When not talking nonsense into a microphone he is usually found with the Kop Faithful following Liverpool FC home and away or losing yet another game of Supreme Commander.

"Reason Gaming finally did it and won LAN79 despite pumping music and racial abuse. I said at I36 that I believed only Reason were capable of stopping Dignitas in the finals and when they went out in 9 straight rounds to TCM I wondered whether the team would fall apart like so many others have. But they stuck at it and picked up a good victory in France. Let's hope they last for the summer events.

Dignitas never seemed to get going at LAN79 and with recent re-shuffle and return of Mick they gain a great player but also lose one in Blackmane. However Mick has a far cooler head on his shoulders than Blackmane and maybe it was the steadying of the ship required. Nevertheless I have placed Dignitas down to 2nd.

eSuba finally reached the finals of an event with other european teams, something that eluded them last summer despite being rated so highly by myself and many others leading into AEF. With that hurdle passed I expect to see them performing well throughout the summer.

TCM, Giants and H2K are all on equal footing in my eyes. With many of the old H2K 08 line up now residing in Giants I was not shocked to see them doing so well at LAN79 along with TCM who continue to claim top 5 places. Fnatic picking up Stevy could shape up at last resolving the sniping problem but with Tidde dropping as 6th its a sad day for Call of Duty losing another great player not to mention a happy one :)

So what's likely to change in the coming month? Well BB's tournament could likely see 4½ men winning if they can stay in one place longer than I can sneeze and EPS/EMS is starting to shape up nicely. UKeSA Finals are also on the horizon just before Outpost on Fire and TEX. Things are still looking good for Call of Duty 4 which should lead nicely into Modern Warfare 2."